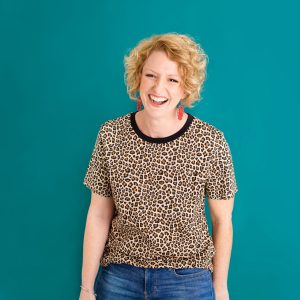 An award-winning Actress (see below), having trained in the late 90s and enjoyed an exciting career in the industries of Theatre, Film and Voiceover, I worked regularly with companies such as The Queensland Theatre Company (now Queensland Theatre), La Boite, Grin &amp; Tonic Theatre Troupe and Queensland Arts Council, among many others. Feature films include All My Friends Are Leaving Brisbane, Jucy and The Last Man on Earth.

Fast forward several years and my husband and I now have three beautiful children. These days I am a full time Voiceover Artist who occasionally does a bit of acting on the side. I began speaking into a microphone professionally back in 2002 and since then have established myself as a popular and highly sought-after Voice Talent here in Brisbane and beyond. Nothing makes me happier than knowing I have exceeded my client’s expectations. Regular haunts include The Voice Plant, The Post Lounge, Cutting Edge Post, Nova 106.9, ARN (97.3FM) and you might have heard my voice in campaigns for Q Super, The Coffee Club, Suncorp, RACQ, Qld Health, Franklyn Blinds, The Queensland Government, Tangalooma Island Resort, The Federal Government, QM Properties, Regional Australia Bank, Electoral Commission Queensland … and that’s just the tip of the iceberg.

I have a DemVOX Sound Isolation booth with professional quality recording equipment and software which includes a Sennheiser MKH 416 Shotgun microphone and Neumann TLM 102 large diaphragm condenser microphone and an Audient iD14 Interface.

The Matilda Awards are a not-for-profit organisation that honour and celebrate the achievements of the Queensland Theatre Industry.